skip to main | skip to sidebar

I did have to share some beautiful pictures I took last weekend up Little Cottonwood Canyon in SLC UT.
I love fall; definitely my favorite season. The leaves are so beautiful. It's finally getting to that crisp weather. And pumpkin everything! 🎃
I went on a Tram ride. Unfortunately it was very cloudy, but still BeUTAHful.
I went with two of my oldest, but dearest friends.
It's funny that so much time can go by, yet, certain relationships never change.
I'm so grateful to live in such a beautiful state.
Jess 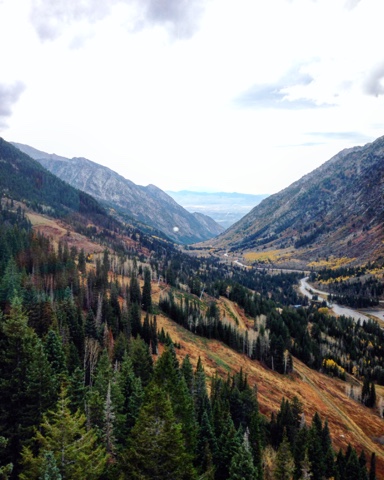 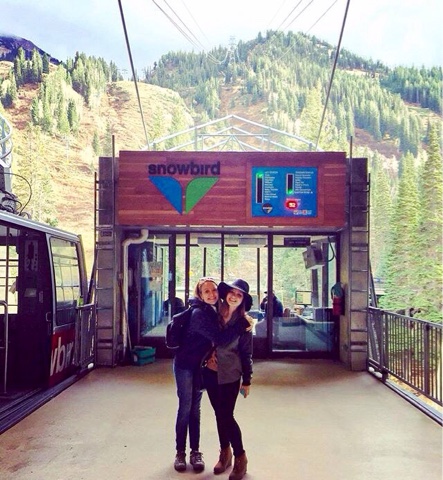 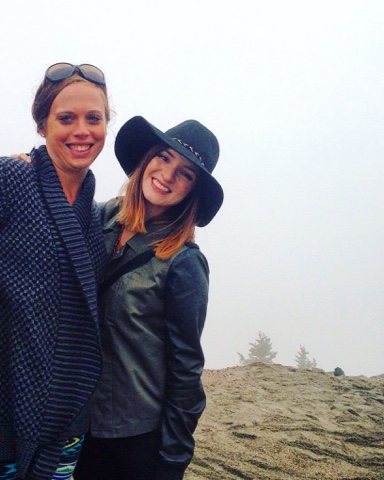 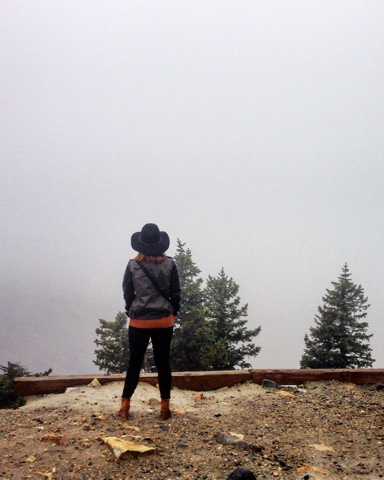 And then you stop and smell the roses.

You also say, OMG, where have I been?!


I haven't been on Blogger in a good two years. I even looked at my last post and thought, "Wow, that was a long time ago." I had just broken up with my boyfriend at the time, and the person I am now...is clearly not that same person.

How can someone change so drastically in two years?

I graduated Grad School with a Master's in Education.
I wrote a 70 page thesis that practically made me get dry eye (sucks, but true).
I work at an amazing Inclusive Montessori school with early childhood children.
I'm starting to finally get back into my other passion of writing.
I'm going to enter NaNo again AH! Which is: National Novel Writing Month. You basically write a novel in a month. I need the push.
My Yiayia (grandmother in Greek) who I loved dearly, past away. And we sold her house. A house that I would gladly have lived in.
But, I did move into an apartment that I love. I've lived here now for 6 months. Seriously. Slow down time.
No, I'm not dating anyone, and actually, I'm so comfortable being single that it's probably not a good thing.
My family just got a dog. The cutest dog. It's a mix of an Alaskan Malamute mixed with German Shepherd.

So that's basically been my life for the past two years.
I miss talking to you all.
I even posted on my writing blog as well.

I feel like I used to be so savvy with uploading pictures, and backgrounds, etc. I probably won't do that as much anymore. I just want to write to connect. For me, this is like a journal. Yes, I'm letting everyone see into my soul...but that's okay. I'm okay with that.

It's good to say hello again.

Posted by Jessica Ruud at 5:44 PM No comments:

Wasn't Written in the Stars

Sometimes life changes, it can change in a blink of an eye. It can change however slowly or in a moment. That unexpected moment. And you open your eyes. You can either be brave and take charge of the honesty, or you can pretend it'll all work out even though you know it wasn't meant to. Then you wait long enough that someone else takes charge. The blow is still hard and knocks you off your feet, but you can breathe for the first time in months. The loss still hurts daily but you have to believe that something else was was written for you in the stars. What is truly meant to be. What will happen. What I hope will happen.

I'm going open my eyes from now on. I'm going to find happiness by myself. No more pretending. 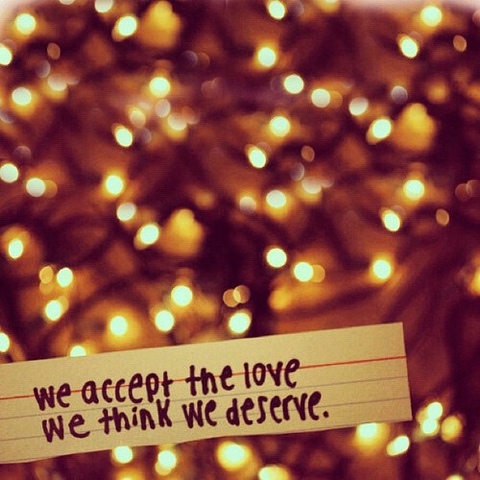 "Things are not nearly as bad as you think they are, Taurus. But then again, they say that perception is reality. So even though your imagination has made your situation seem far worse than it is, it is still as bad as you think it is because that's your perception. So it also stands to reason that you could turn that around simply by perceiving that things are excellent. If you start believing that everything is as it should be, and that it's getting better and better and better, it will."

This is my horoscope today and I must say it opened up my eyes....

I've been extremely negative and unhappy with certain areas of my life lately. But when I stop and think about it, are things really as bad as I'm making them out to be? If I could change the way I think, I think my view on the negatives would shift to positives.

I need to try this.

My goal is to wake up happy and be thankful for what I have. Be happy through the day. Smile. Show love. Feel good. Maybe then my perception will change for the better.
Posted by Jessica Ruud at 8:03 AM No comments:

WOW. I have truly become the World's Worst Blogger! YIKES.

I'm going to be honest though. I really thought good and hard about getting rid of this blog because I honestly just cannot keep up with it as well as I used to. Look, I haven't posted since November! That's horrible. I just feel like life takes over sometimes and you can't always do your guilty little pleasures...like blogging.

But after thinking so hard, I realized I cannot get rid of this blog. Even if I don't post again for another 6 months, this blog is about me. Who I am. What I do. I just can't. Years later, it will be so interesting to read and that's why I don't want to get rid of it.

So for now all I can say is HELLO and I'll do my best to keep up with it. I truly will.

I am going to really start writing more on my Writing Blog. So if you are interested in writing or reading, please go follow me on The Written Word!

If you really want to see what's been going on with me...follow my Instagram

Here are a few as of lately!
That's only some of the many things that have been going on in my life. It's a lot I know. I've been so busy with the Master's Program and become a licensed Montessori Teacher! But luckily I've found time to write as well. Write where is counts. I officially hit 55,671 words on my novel. That's big. The first draft is almost done. So regardless if it's ever published...I did it. And that's huge for me. But like I said, go look about that on my writing blog!

I hope you're all doing well. I'll write when I can - deal? Don't give up on me just yet!
Posted by Jessica Ruud at 4:45 PM No comments:

Whoa. Holy cow. This might've been the LONGEST I've gone without writing on my blog.

I cannot believe it. I almost don't know what to say.

I guess what I say is...life has been BUSY. Not just like having a few busy days in a row...I'm talking about my life totally has changed.

I'm a full time teacher at a wonderful Montessori, and a Grad student working towards my Masters of Education Degree.

I barely have time for myself anymore. It's nuts really. I do miss blogging though - but I don't know if I can keep up with it like I used to. I'll never abandon it, but if I can't write much, don't judge me friends. I've missed you all though! I've missed the Blogger world.

I did get a tumblr. though to see what the big deal is. Not going to lie, I still don't get it. But hey, if you want to follow me, come here.

I've missed talking about Halloween (which was awesome), and Thanksgiving (which was delicious and full of thankfulness), and now moving on to my favorite of all holidays...CHRISTMAS!! Lets see what else, I've almost been with my boy for 1 whole year! WOW. On December 16th it will have been a year. That's so crazy to me. Seriously crazy. My kitty is doing awesome, love him so much. Missing my step dad still (been a year since his passing; think about him all the time). Hmm....

I'm going to try and do one of my Instagram Catchups in the next few days of ALL the pictures I've been taking. Because yes, Instagram is something I actually have been keeping up with. So then maybe I can help describe what's been going on in my life.

I have been writing also, a lot, for the NaNoWriMo. It ends next week! AH (time goes by so quickly). But today I reached 41,000...so if I keep going, I'll be able to reach 50k by the end of the month!! It's helped progress my book so much more. I'm very pleased. Not even going to think about the editing process right now though...YIKES!

I hope you all have been so well. I hope you remember me. If not, I'll try to say hi and pop in when I can.

Thanks for sticking around; means the world.
Posted by Jessica Ruud at 6:16 PM 1 comment:

Losing a pet is never easy...I've gone through it a few times now; losing Lucky was really hard.

I've had this cat since he and his brother (Buddy) were little furballs. Basically I've had him for 15 years...longest cat so far.

He's been getting old, there's no denying that...but he wasn't eating anymore (food is his favorite thing), wasn't drinking water, and this Friday my mom called me crying saying that he was lying on the grass, not responding and cold. He was still alive though.

She rushed him to the animal hospital and I met her there. My older bro and the fam were in town this weekend, so they met us there.

Lucky's temperature had dropped and they were trying to warm him up, but it wasn't working. The vet told us that he had a huge tumor on his spline. Hearing this dropped my heart completely. Lucky's brother, Buddy, we had to put to sleep two years ago because he had a rare cancer in his jaw. He was my buddy, my cat, and I couldn't be there when they put him to sleep. I was afraid we were repeating the past.

Why couldn't a pet just die because they were old...why did it have to be cancer...again? Just made me sick. She said he might've been diabetic too, so even if he made it through surgery, we would have to give him shots daily. We went back to look at him, and before that I was thinking "no way are we putting him to sleep...he'll make it," but when I saw him wrapped up in the blankets, I knew...he was almost gone. It would be cruel to make him go through that long painful process, so we decided, as a family, to end his suffering.

I'll say this, I don't know if I can ever be in the room again when they put one of my animals to sleep. It was so hard; still hurts my heart just writing about it.

They had a beautiful poem where animals go when they die "Over the Rainbow Bridge," and all I could think about was that Lucky would soon be sitting on Greg's lap and be reunited with his brother.

He passed away quickly and quietly, but it wrenched my heart. I realized this cat helped me so much when Greg passed away a year ago. He comforted me, made me smile, just helped me grieve the way I needed to. Losing him, yea, it was hard. I made that Instagram collage in honor of my Luckster. I'll miss him so much, but even though this process was hard, it's worth having animals in our life. They become such a big part of the family and they truly do bring happiness with their little personalities.

I was fortunate to have Lucky in my life for 15 years, and I'll always remember his comfort and love.

My Writing Blog about my journey as an aspiring author working on becoming a published author. 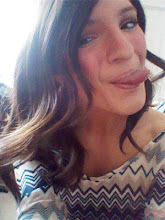 Thanks For Stopping By - Hope You Return 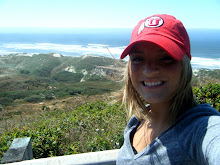 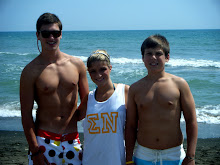 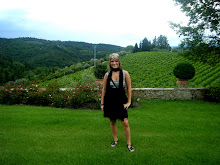 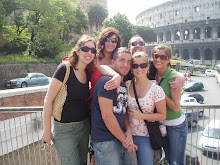 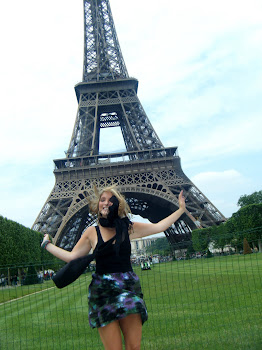